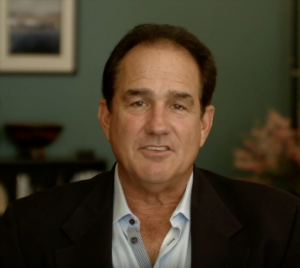 His first registration was originally with the SEC in 1988 and is a Registered Investment Advisor with the California State Department of Corporations. Over his 30 years in the investment field Mr. Lambert has refined the investment process as a portfolio manager at Lambert Capital Management. Mr. Lambert started as a broker with E.F. Hutton & Co. in 1979 where he was recognized as a top level producer while managing and training brokers. In Mr. Lambert ‘s career he has worked for several major Wall Street money management firms that had in excess of $10 billion of assets under management.

At those firms he served on the investment committee providing analysis and research, managed portfolio’s, and managed marketing efforts. Those firms included Winrich Capital Management, Mellon Bank’s subsidiary Laurel Capital Advisors, Marty Zieg’s Avatar and Associates, Investco’s National Asset Management, Singular Research and Santa Barbara Securities. At Mellon Bank he was successful at raising $400 million in one and half years from a start up operation.

As a public speaker Mr. Lambert has conducted several hundred seminars related to investments for Foundations and Endowments, High Net Worth individuals, and Public Employee Retirement Systems. He has been a sought after speaker domestically as well as internationally. His presentations have been conducted worldwide in such places as Hong Kong, Singapore, Thailand, and Australia. While in Thailand he was recognized and quoted in their national print media. In Australia he was the only Money Manager invited to present at Merrill Lynch’s national conference.

Mr. Lambert’s efforts to help economically disadvantaged people around the world in the nonprofit sector have been of personal importance to him. He has served in positions as Chairman of the Board, President, Treasurer, and on the investment committee to such organizations as the SG Foundation and Operation Outreach. He has traveled globally to provide due diligence to these organizations to ensure that the funds being granted were utilized for their intended purposes.

A strong supporter of local, state and federal law enforcement, Mr Lambert was asked by Santa Barbara County Sheriff Bill Brown to serve as campaign treasurer in the 2010 re-election campaign. As President of Refugio Ranches Mr. Lambert spearheaded the efforts to develop a 1,000 acre parcel which shared borders with the late President Ronald Regan’s western White House in the Santa Ynez Valley. During his tenure he was successful at creating a lot split, running a horse ranch operation, and negotiating all contracts for the sale of the properties.

Mr. Lambert holds a BA degree from Westmont College in Santa Barbara California and has done his graduate work at the University of Southern California (USC). While at USC he worked directly with the mayor of Los Angeles on energy and environmental issues and later in the Governor’s Office of Planning and Research in California as a budget and policy analyst on economic and business development. He was recognized and cited for his work on energy conservation by the Mayor of Los Angeles.